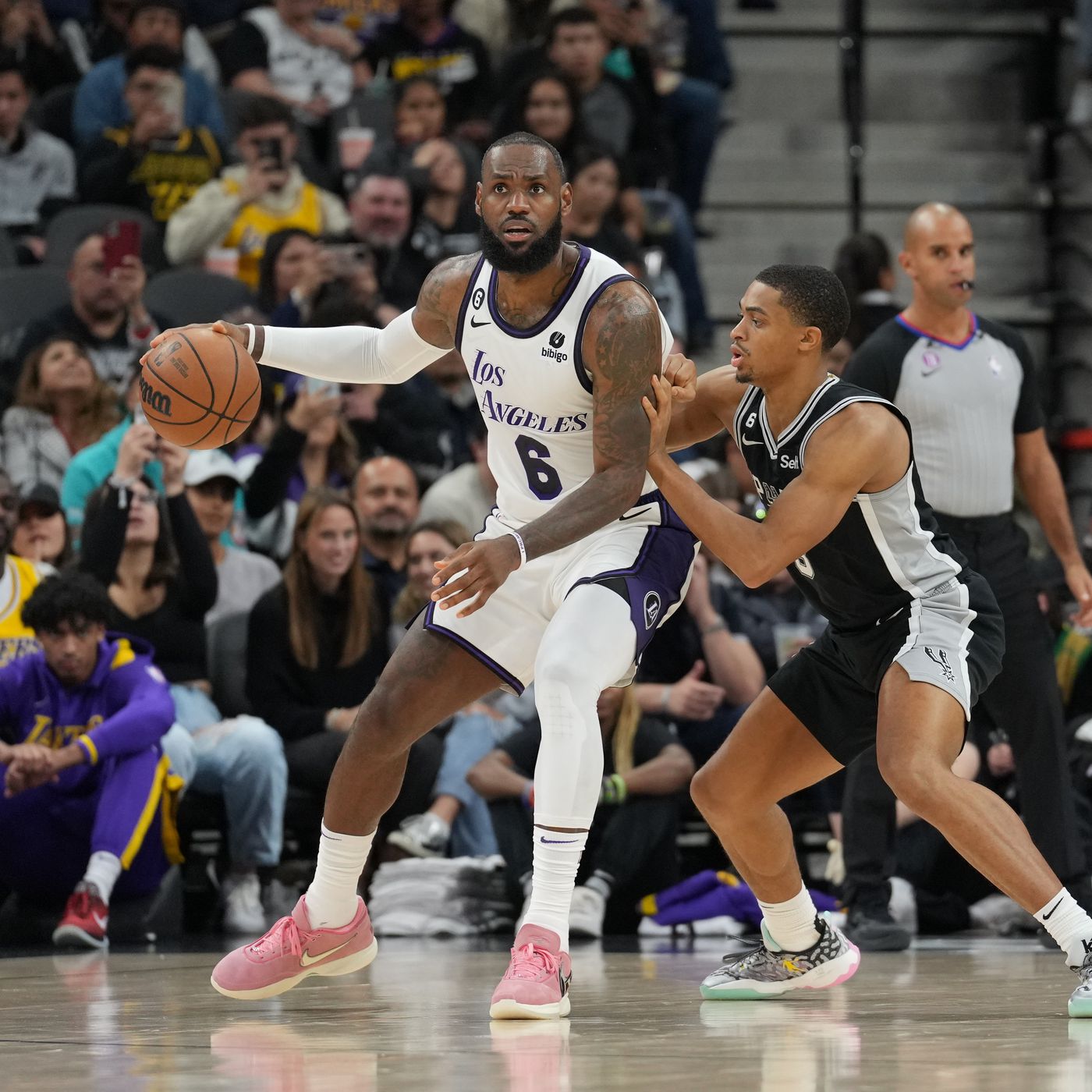 The Los Angeles Lakers will welcome the San Antonio spurs tonight, which will be their last home game before embarking on a long east coast road trip. The Lakers are on the second night of a back-to-back after losing to their cross-town rivals the Clippers, despite another masterful Lebron James performance.

Devin Vassell is out for San Antonio recovering from a knee procedure while Romeo Langford is questionable with left adductor tightness. For the Lakers, Lebron James, Lonnie Walker IV and Anthony Davis are all listed questionable while Austin Reaves remains out.

One to Watch: Tre Jones

Tre Jones, the young savvy guard for San Antonio, will be someone to look out for tonight. A very intelligent playmaker, Jones is able to get his teammates involved as well as flash some good defensive abilities. Over his last 10, Jones is averaging 17 points and 7 assists per contest.

According to ESPN’s Dave McMenamin, Anthony Davis is set to return tonight barring any setbacks, which will mark his first game back since December. Davis will obviously bring a huge boost for the Lakers, as he is an All-NBA player on both ends when healthy and one of the best defenders in the world. With his imminent return and Lonnie Walker IV and Austin Reaves returning to play soon, the Lakers will hope they can get whole and gather some momentum through the trade deadline and into all star break.

It’s Do or Die Time for Jeanie Buss and Friends
Disastrous Obsession With Guards Now Killing This Team
We use cookies on our website to give you the most relevant experience by remembering your preferences and repeat visits. By clicking “Accept”, you consent to the use of ALL the cookies.
Do not sell my personal information.
Cookie SettingsAccept
Manage consent