What has happened to the Lakers in the last 72 hours is like the climactic scene in Avengers: Infinity War, when half of a team of almost-victorious superheroes watches the other half disintegrate in front of their eyes. 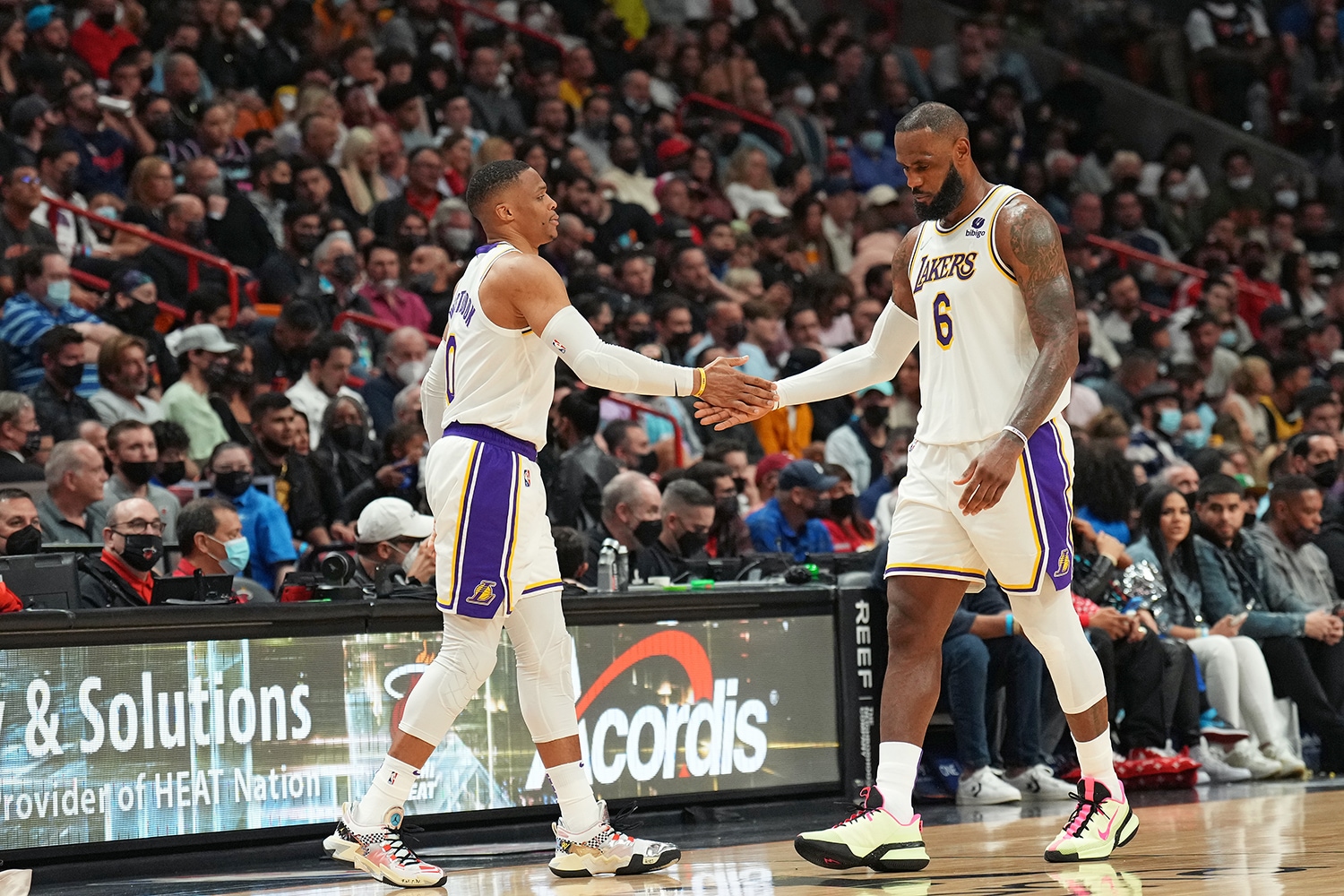 The coach blames players and management. Management blames the coach. Players disengage. Ownership is silent. And behind it all looms Kurt Rambis, with unknown influence and uncertain role, occupying the bizarre netherworld between coach and executive and friend of the boss.

Championship-caliber basketball requires a sense of common purpose at all levels of an organization and a common vision being executed. What has become increasingly apparent is that the kind of basketball the coach would like to play is different from the kind of basketball that best suits the roster given him by the general manager, which in turn is also different from the version being pushed on the coaching staff by the owner’s close friend. Given that context, it isn’t surprising that the players are performing poorly on the court and avoiding or being diffident toward the media.

Precisely calibrating the quantity of blame belonging to each party in a situation like this is not possible, because so much of the poor result is about the disconnect itself rather than one scheme or style being innately superior. Coaches need general managers to give them players suited to their personal and tactical style. General managers need coaches to have the tactical acuity to adapt to whomever is gettable for the team. Ownership needs to set the vision, shake the hands, sign the checks, and hold everyone accountable.

The players themselves are, of course, not blameless either. LeBron James acknowledged as much with his now-infamous tweet apologizing to fans shortly before the Laker’s recent win against Utah. But players can only operate in the context they’re given, and if watchers of the team are angry at this or that player’s lack of success, it is only fair to note at the same time that few members of this roster, if any, have been put in a prime position to succeed based on their present skillset.

The Laker fanbase, and this writer in particular, have had generally positive feelings about owner Jeanie Buss since she took full control of the team which then prospered by acquiring LeBron James, Anthony Davis, and another championship trophy. But as the person ultimately in charge of the organization, any broad-based dysfunction within that organization is ultimately her responsibility.

Perhaps, given the level of the recrimination already seen in the press, Vogel or Rob Pelinka or perhaps both will have to go this season or this summer. Creating new relationships is often simpler and easier than healing old divisions. Even now there is a path to success for this team, but it is increasingly narrow. But regardless of any staff changes unless leadership and seriousness is shown from the top at a time of crisis for the team, the players and other stakeholders will lose faith. That means reestablishing discipline in the organization – and among her friends – to focus it as a whole back toward a common goal.

The Case for Frank Vogel
Rocks and Hard Places
We use cookies on our website to give you the most relevant experience by remembering your preferences and repeat visits. By clicking “Accept”, you consent to the use of ALL the cookies.
Do not sell my personal information.
Cookie SettingsAccept
Manage consent