Big or Small, It’s Time for the Lakers to Make a Move 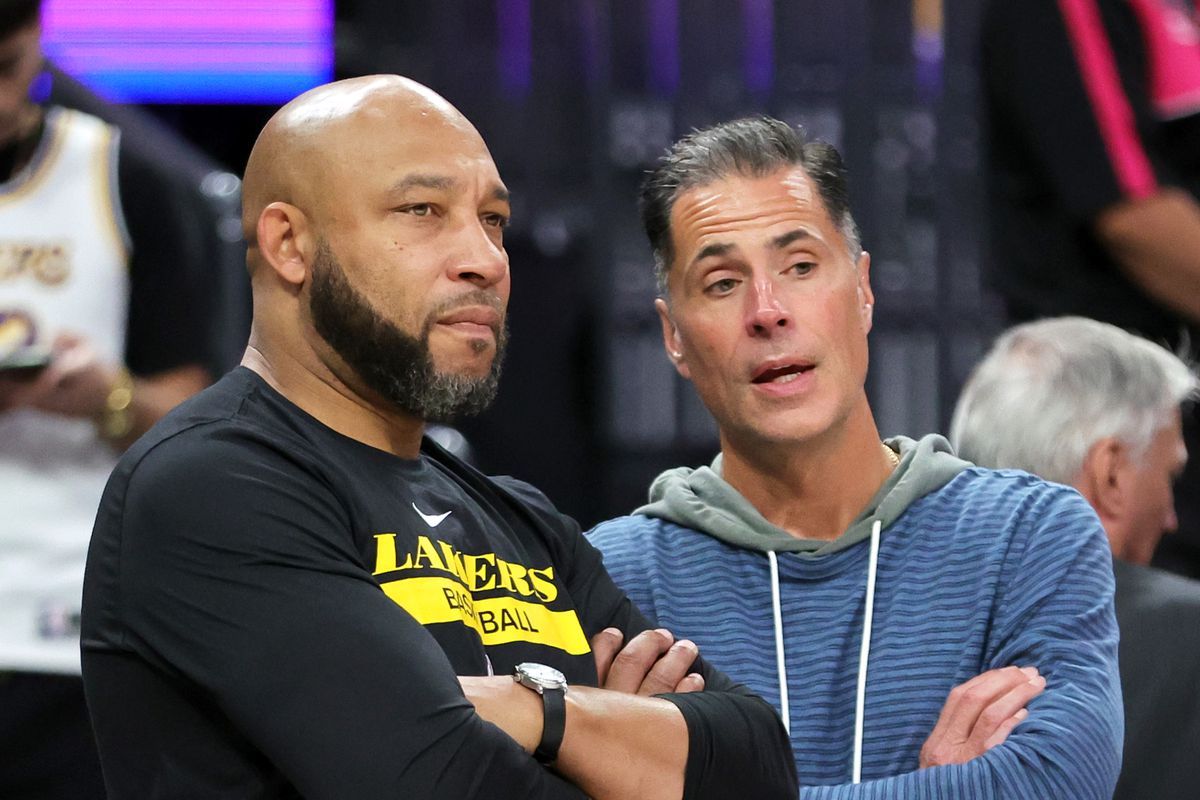 As the February 9th trade deadline looms over the landscape of the NBA, all focus will be on El Segundo, where General Manger Rob Pelinka and the Lakers’ front office will decide whether they will make any upgrades to this current roster, and whether doing so will cost one of their highly-desirable first round picks in 2027 and 2029.

Since the Lakers acquired former MVP and 9-time all star Russell Westbrook in the summer of 2021, the media conversation around him has centered around 1) when will the Lakers move on from him and 2) the awkward on-court fit with co-stars Lebron James and Anthony Davis. At the last trade deadline, the Lakers decided to stand pat and not trade away additional future assets to move away from Westbrook. Rob Pelinka said after the trade deadline that Lebron James and Anthony Davis were on board with not making any moves and were aligned with the FO’s decision. ESPN’s Dave McMenamin quickly rebuffed this statement from Pelinka, saying he was told this was absolutely not the case. Lebron James then made some comments praising Oklahoma City Thunder GM Sam Presti, which many interpreted as a shot at Pelinka.

Fast forward to the the off-season of 2022 and Brooklyn nets Star Kevin Durant’s trade request. This opened the door for a much anticipated possibility of a reunion between  Kyrie Irving and Lebron James who won a Championship together with the Cleveland Cavaliers in 2016. The deal never materialized and Durant retracted his trade request.  During this saga there was a highly awkward moment at a Lakers summer league game. Lebron James sat at one side of the court, Russell Westbrook sat at the other, and the two didn’t acknowledge each other,. This gave the world an open look at the tension that had been developing during the Lakers’ disaster season in 2021-2022.  Thankfully, the relationship seems definitely to have improved since.

In mid-August the Lakers finally made a trade, moving Talen Horton-Tucker and Stanley Johnson for the veteran Patrick Beverley. That would be the only trade the Lakers would make during the off-season, despite Shams Charania of the Athletic reporting that the Lakers came close to trading Westbrook and the two first-round picks to the Indiana Pacers for three-point marksman Buddy Hield and rim protector Myles Turner.

Since LeBron James commited his future to the franchise this summer by signing a two-year extension, it has been expected since that the Lakers would try more aggressively to improve the roster to maximize James and Davis. Rob Pelinka even described himself as the ‘caretaker of Lebrons legacy,’ and declared that he would do everything possible to provide James with the resources needed for another championship. That simply hasn’t been the case this season.

This team doesn’t need a major roster turnover, which makes the hesitation to move all the more frustrating. Rather, a la the 2018 Cavaliers, the Lakers just need one or two pieces who can shoot and defend and they are truly in contention, especially in this Western Conference. In Anthony Davis’ absence the Lakers went on a five-game winning streak that included wins against playoff-caliber opponents. James seemed to voice  his frustration at the team’s inaction again last weekend, after a win against the Kings. After initially declining to give a full answer to The Athletic’s Sam Amick when questioned about the front office, he added “Y’all know what the f*** should be happening.”

Don’t forget that Anthony Davis was on a tear before getting injured. If they get that same version of him along with James and the recent contributions of the supporting cast, the Lakers have a chance of making some serious noise in the West if they make a few appropriate adjustments.

As for Westbrook, it mustn’t be understated how important his playmaking and scoring has been this season. He’s been a spark for the Lakers off the bench and has fit into his new role relatively well giving the Lakers good contribution on both ends of the floor. He has made the question of whether to trade him far more difficult to answer.

In my opinion, it’s time for the Lakers to (finally) give James and Davis the help they deserve. Whether it’s Patrick Beverley and Nunn with a pick, or a mega trade of Westbrook and two picks, or something in between, the front office need to do something help their stars. The west truly wild this season, with no clear favorite. Why not give your two stars help and give them a chance?

Choosing not to make a move seems like the bigger risk. How will James and Davis take it if they don’t get the help they deserve? Will they want out come this off-season? They are both represented by Rich Paul of Klutch Sports who also represents a lot of the other stars in the league. If the Lakers risk damaging this relationship they could find star players harder to attract going forward. Players will be watching how the Lakers handle this. It’s time to make the right decision and give the stars a chance.

Darvin Ham Creating A Remarkably Strong Culture Here
Game Preview: Lakers vs Rockets
We use cookies on our website to give you the most relevant experience by remembering your preferences and repeat visits. By clicking “Accept”, you consent to the use of ALL the cookies.
Do not sell my personal information.
Cookie SettingsAccept
Manage consent