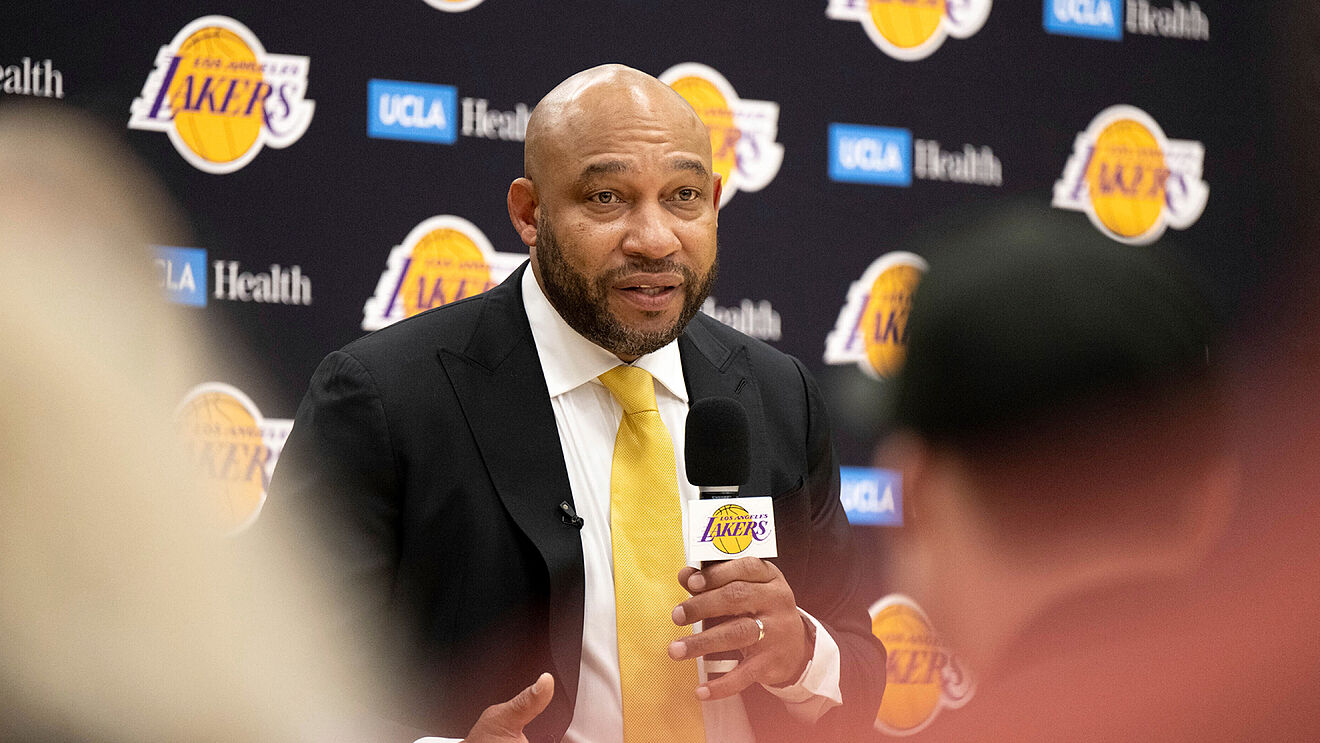 Lakers Nation, the time has finally come to pass! The long-anticipated question has finally been answered, who will be the next head coach of the 2022-2023 Los Angeles Lakers. The Answer Darvin Ham! Although, many did not envision Coach Ham being a part of the potential suiters, however he surpassed the qualification to become the head of the snake. Going into the offseason, this move is not going to be the end all be all, as we need to focus on our role players, coaching staff, and other surrounding factors. However, this is a perfect time to take a deeper dive into understanding who Coach Darvin Ham really is.

As some may know, this isn’t his first rodeo show in the NBA both as a player or a coach. He started his career in college playing for Texas Tech University in 1993 and< if that still doesn’t ring a bell, he shattered the backboard in the 2nd round of the NCAA Tournament in 1996. If you haven’t seen the cover of Sports Illustrated after that dunk, it is highly suggested. Perfection Captured.

Since his dunk was so incredible (kidding) he transitioned into the NBA, the Denver Nuggets picked him up as a free agent but was later used for the Jerome Allen trade in early 1997. Ultimately, he played 8 seasons to finish off his NBA career. Throughout his 8-year stance in the NBA he was able to be a part of the selected few to be called a champion, as he was part of the unit who won the title in 2004 with the Detroit Pistons (what we won’t do however is say who they beat) as a player, and then again as a coach in this past season with the Milwaukee Bucks.

Nevertheless, the basketball journey did not stop there. He played oversees with the Philippines, South Africa, and the Dominican Republic. Went back to the states where he played in the Summer League and Preseason Games. Once his player career came to a halt, his coaching career kicked off. He began as a coach with the Thunderbirds, first as an assistant then as a head coach. (For those who don’t know, they Thunderbirds are a D-League team)

His experience with the development of the D-League players will play as a solid
foundation to understanding how to mold and unite players to tighten up their skills
when stepping onto the playoff big stage. This isn’t his first time with the Lakers, as he
was a key player developmental coach in 2011 under Mike Brown, then again with the
Hawks who went to the Eastern Conference Playoffs and again with Bucks. It is safe to
say this is not his first rodeo. AND as we all know, that is type of respected presence
both on the bench and in the locker room to be able to tap into the inner beast to put us
back to the top of the championship mountain.

One of Coach Ham’s quotes that resonate the most is when it comes to his perception of coaching is “ I fell in love with it.” As we all know, to truly want to be the best at your craft you need to fall in love with the journey, the process and all its obstacles. By no means will this be a walk in the park, however this is an amazing fresh of breath air to steer us in the right direction. Now for the real juicy tea…as all players, his nickname is Dunkin Darvin or Ham Slamwhich! AND his birthday is coming up, so Lakers Nation make sure we show him lots of love on July 23.

Finally, taking a looking into the upcoming season, Coach Ham’s presences will be widely looked at criticized. However, he has all the ingredients in cultivating the strong head coach we need to identify the areas we lack and be able to bridge the gap to create a winning culture back to the Lakers. Not only is Ham experienced, but he will also be very highly respected from everyone on the bench and in the locker room. As we have had so much speculation as to who the Lakers were going to pick and hire, this will be the first of many pieces to our success and the rest will align into its proper places accordingly. This will be one of the key components to create a cohesiveness and will get the buy in from everyone across the board to run after the same goal. Back on top of champion territory holding up #18.

The Jeanie Buss Article
LNLS Exclusive: Mike Trudell Talks NBA Summer League, Lebron’s Future, And Darvin Ham’s Presence
We use cookies on our website to give you the most relevant experience by remembering your preferences and repeat visits. By clicking “Accept”, you consent to the use of ALL the cookies.
Do not sell my personal information.
Cookie SettingsAccept
Manage consent