How the Los Angeles Lakers can get the best out of basketball’s most enigmatic player. 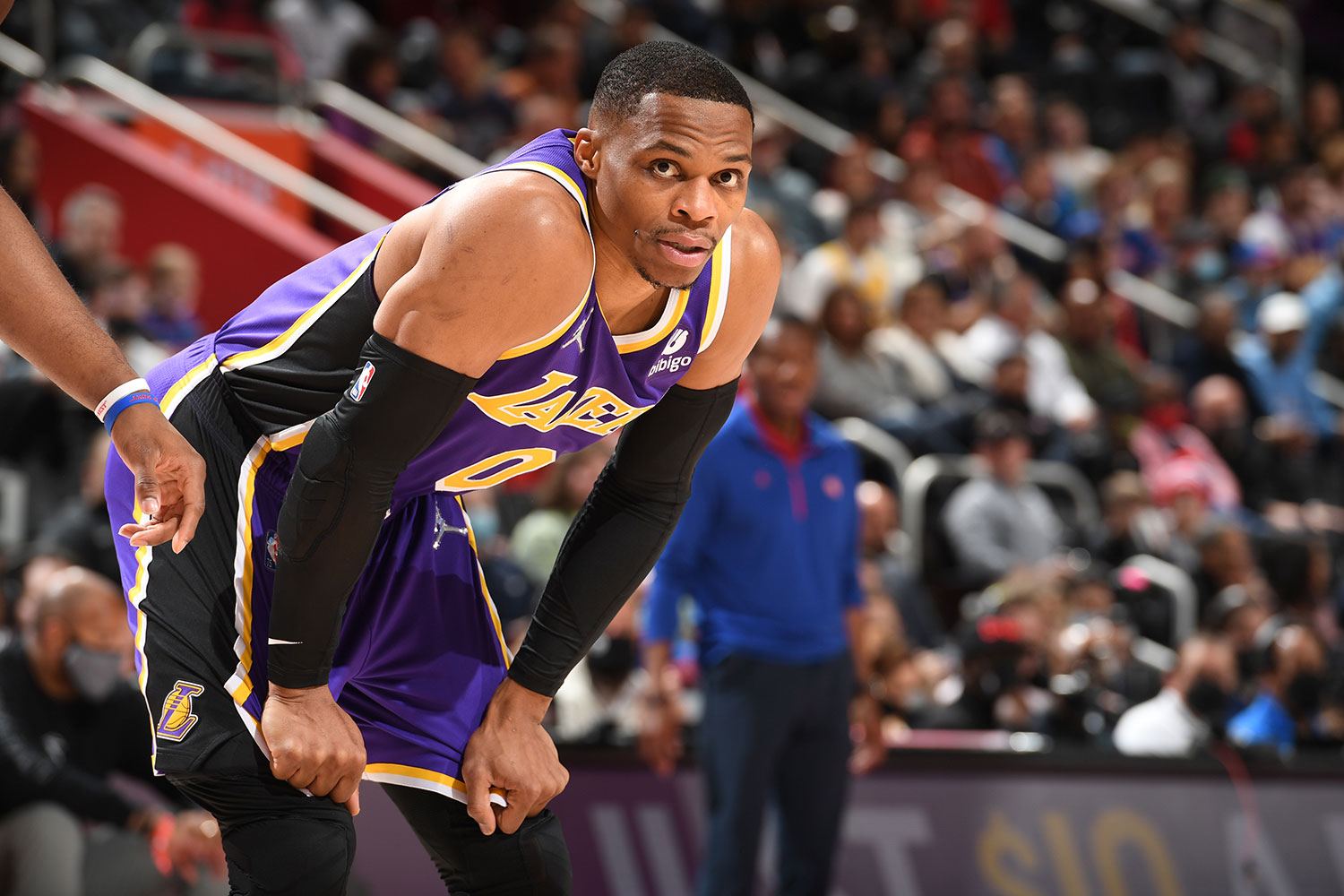 When the Lakers traded for All-Star guard Russell Westbrook over the summer, it was a deeply polarizing move. The standard blueprint for success with a LeBron James-led team – going back to the latter part of his days with the Miami Heat – has been to give him the ball and space the floor with shooters, then watch while he cruelly manipulates the defense into giving up points. Not only is Westbrook not a skilled shooter, he is in fact by most metrics the worst high-volume three point shooter since the long ball was introduced to the NBA in 1980. His contribution to offensive floor-spacing is therefore, to put it charitably, unsubstantial.

So why would the Lakers bother trading several players, including two significant contributors from their 2020 title team, to add Westbrook to the team? Because prolonging James’ career depends on reducing his workload, in order to delay his physical decline as long as possible. The LeBron-Plus-Shooters model is designed to maximize his time on the ball. Those two goals are clearly not fully compatible. So, for the last two years, the Lakers have attempted to find a play-maker and ball-handler who can take some of the load from James’ shoulders without unduly compromising the team’s offensive efficiency.

The second way to use Westbrook effectively in the Lakers offense would be to use him as a screener for James. This is something that coach Frank Vogel was already using increasingly during the minutes James and Westbrook shared the floor before James’ recent ankle injury. It is tempting for defenses to switch that particular screen or simply send James’ defender under it, but the Lakers have available counters to both of those coverages.

Russell Westbrook remains one of the most explosive athletes in the league in terms of speed, agility, and leaping ability. Switching a screen set by Westbrook too often is dangerous, because it permits him to slip the screen and cut directly to the basket. A finisher with his athleticism is an easy target for a passer like LeBron James to hit. If additional help comes to prevent a Westbrook layup, he has the vision and passing ability to find the open shooter.

To avoid the hazards of a predictable switch, it then benefits defenses to switch up their coverage and send James’ defender under the screen. This approach dares James to shoot from deep and win with the three-point shot, which has always been the weakest part of his offensive game. This year, however, James has brutally punished defenses for giving him the long range shot by hitting a blistering 48.3% of his 3-point shots on almost 10 attempts per game.

The sample size of shots this season remains small. While James’ shooting numbers will certainly come back down to earth at some point this season, even making threes at a ~40% clip would make going under screens an untenable way to defend him. That forces defenses to either switch, which gives James a potential mismatch and risks the slip from Westbrook, or else try to deal with giving LeBron James a step on his defender with Westbrook as a roll man.

Westbrook can also be utilized as a screener away from the ball, taking advantage of James’ gravity on the floor. If the defender on Westbrook is sagging into a help position while he is on the perimeter, that defender has more ground to cover if he is to help defend an off-ball screen for a shooter. Players like Malik Monk, Kendrick Nunn, and Austin Reaves are proving to be capable shooters running off of screens, and none of them needs a great deal of space to shoot the ball. The extra space given to Westbrook on the perimeter can therefore be used to create confusion among off-ball defenders, which is a potent weapon when James has the ball.

Keys to the Car

When putting Westbrook on-ball, the Lakers can manipulate the screen and roll game by re-screening when the man defending him goes under the screen. No defender will hesitate to give Westbrook an open pull-up 3, because his percentages on that shot in particular are appalling. When going under the screen, though, the defender briefly puts himself out of position should Westbrook suddenly change direction. By turning and immediately setting a second screen on the out-of-position defender, the screener can create a driving lane for the speedy Westbrook, who can both finish and distribute as well as anyone from that position.

The Lakers should use all of these approaches when Westbrook and James are on the floor together. Between them, they minimize the ability of the defender covering Westbrook to roam and close windows that would otherwise be available for James and Davis. They also take advantage of Westbrook’s tremendous talents as a distributor and an athlete, which despite his well-publicized flaws have made him one of the most impressive players on the court of the last generation. If they can maximize their three All-Star caliber talents, the Lakers will once again be playing in the games that matter the most.

The Old Men and the Three
We use cookies on our website to give you the most relevant experience by remembering your preferences and repeat visits. By clicking “Accept”, you consent to the use of ALL the cookies.
Do not sell my personal information.
Cookie SettingsAccept
Manage consent